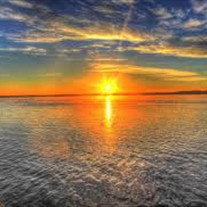 Winfred "Earl" McCullough, 64, of Lindenwold, passed away Monday, November 1, 2021 at Our Lady of Lourdes Hospital, Camden. Born and raised in Trenton, NJ to his mother; Rita (Hendrix) McCullough and his late father; Jessie McCullough. In 1969, they moved to Lawrence, NJ and Earl went on to graduate from Lawrence High School. After high school, he went to TCNJ, formerly Trenton State, where he earned a Bachelor of Science in Criminal Justice and also minored in psychology and sociology. Winfred met the love of his life, Edna (Ashley) McCullough in 1978 and they were married for 38 years. Winfred gave himself the nickname "Earl", after his favorite basketball player - Earl "the Pearl" Monroe. He was a diligent worker all his life and even worked on the day he passed away. He was a social worker for the State of New Jersey in Camden, NJ where he committed his career to helping children stay safe. Earl was predeceased by his father; Jessie and his stepfather; James Singletary. Surviving, are his wife; Edna McCullough, his mother; Rita McCullough, his son; Troy McCullough and his wife Reina and his daughter; Ryan McCullough, his siblings; Jeanetta McCullough-Chavis and her husband Ray Chavis, Andrew McCullough and his wife Sandra, Sheilda McCullough and Carolyn Singletary, and his grandchild Alex McCullough; as well as, several nieces, nephews, cousins and friends. At the family's request, services are private. In lieu of flowers, memorial contributions may be made in Earl's honor to either the American Heart Association or St. Jude's Children's Hospital. Online condolences can be made at www.inglesbyfuneralhome.com

Winfred "Earl" McCullough, 64, of Lindenwold, passed away Monday, November 1, 2021 at Our Lady of Lourdes Hospital, Camden. Born and raised in Trenton, NJ to his mother; Rita (Hendrix) McCullough and his late father; Jessie McCullough. In... View Obituary & Service Information

The family of Winfred McCullough created this Life Tributes page to make it easy to share your memories.

Send flowers to the McCullough family.