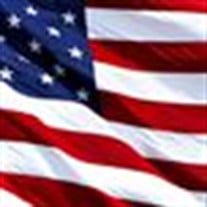 For 91 years, Vincent Cappo, lived his life according to the words of his famous song and mantra, "My Way." Born and raised in South Philadelphia, he was the son of the late Rose and Anthony Cappo and the brother of the deceased Filomena Baldino. A graduate of South Philadelphia High School, Vince studied for a time at Temple University and joined the Air Force during the Korean War. He spent the beginning part of his professional career with the Pennsylvania Railroad, and, once he moved his family to Cherry Hill, NJ in 1965, embarked on a real estate career. As the co-owner of ACM Realty, he ran offices in Woodbury and Cherry Hill, NJ. Cappo ended his career with Pulte Homes as an award-winning new home sales representative. A passionate Philadelphia sports fan, Vince was one of the first Eagles season ticket holders at Franklin Field. He attended both the Eagles winning 1960 Championship Game against the Vince Lombardi-coached Green Bay Packers. He would cheer his beloved Phillies from the couch or the stadium and stood by his home teams during the best and worst of seasons. Referred to often as, "The Silver Fox" for his striking full head of gray hair, Cappo loved a good Scotch, a shoe of blackjack, a Caribbean cruise, and, in later years, watching the ocean from the balcony of his Ventnor condo. He is survived by his loving partner of twenty-five years, Marie Shreves, and by his former wife and the mother of his five children, Helen Cappo. He will be greatly missed by his children, Rosemary Molinari and her husband Jerry, Donna Clementoni and her husband Mario, Joanne Ferraro and her husband Ronnie, Anthony Cappo, and Patricia Ann Feinberg and her husband Adam, and by his biological grandchildren, Christine Molinari Fawcett, Jonathan Molinari and Jonah and Kayla Feinberg. He also is survived by his six great-grandchildren. During his long and loving companionship with Marie Shreves, Vince Cappo was embraced by her children, Robert Shreves, and Sandi Secouler and her husband Neil. Marie's grandchildren, Jenna, Jake and Renee, knew him as "Pop-Pop" and he was a welcome part of their family. Relatives and friends are invited to his viewing on Wednesday, July 1, 2020 from 10am-11am at Christ Our Light Catholic Church, located at 402 Kings Hwy N, Cherry Hill, NJ 08034. A Mass of Christian Burial will begin at 11am at the church. Interment will follow at Locustwood Memorial Park in Cherry Hill, NJ. In lieu of flowers, donations are requested to Vince's beloved charity, The National Shrine of St. Jude, 205 W. Monroe, Chicago, Illinois 60606.

For 91 years, Vincent Cappo, lived his life according to the words of his famous song and mantra, "My Way." Born and raised in South Philadelphia, he was the son of the late Rose and Anthony Cappo and the brother of the deceased Filomena Baldino.... View Obituary & Service Information

The family of Vincent J. Cappo created this Life Tributes page to make it easy to share your memories.

For 91 years, Vincent Cappo, lived his life according to the...

Send flowers to the Cappo family.