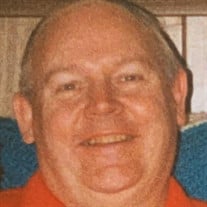 Richard Donald Spink, 93, of Cherry Hill, NJ, passed away peacefully at home on October 29, 2021. He was born in Sayre, PA to the late William Thomas and Ada M. (Fick) Spink. Richard enjoyed doing crossword puzzles as well as reading books and magazines. He inherited his love of trains from his father, who was a conductor. Richard proudly served his country in the US Navy until his honorable discharge in 1947. His favorite meal was breakfast, especially if it was oatmeal because it reminded him of his childhood. He was very friendly and his happy-go-lucky personality made him a joy to be with. Richard was a wonderful husband, father and grandfather and will be deeply missed by all who knew and loved him. Richard is predeceased by his parents, William and Ada Spink; and his sisters, Fern Pilling and Lena Cloke. He is survived by his wife of 52 years, Carol Lee (Craytor) Spink; his children, Louise Spink, Beverly Spink, Jennifer White (John) and Brian Spink; and his grandchildren, Jerry, Julianna and Jonathan. Family and friends are welcomed to his visitation on Monday, November 8, 2021, from 11:30am - 12:30pm at Inglesby and Sons Funeral Home, 2426 Cove Road in Pennsauken, NJ. A Celebration of Life will begin at 12:30 pm. Burial will follow at Bethel Memorial Park, 1620 Cove Road in Pennsauken, NJ. In lieu of flowers, memorial donations can be made to Louise's Care.

The family of Richard D. Spink created this Life Tributes page to make it easy to share your memories.

Send flowers to the Spink family.