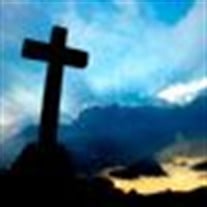 Phyllis Jean Breisacher (nee Metzgar), 96, of Pennsauken, NJ, passed away in hospice care on September 1, 2020 following a short illness. Loving wife of 65 years to the late William Breisacher, devoted mother of Christian Breisacher (Kathleen) and Diana Shaffer (Terry), devoted and very proud grandmother of David (Bethany), Shawn (Jenn), Jackson, Lukas, and step-granddaughter Lauren (Kyle), and great-grandmom to Zachary, Carson, and Alexandra. Also survived by cousin Mark, nephews Ted, Kerry, Casey, and Peter, and nieces Nancy and Sharon, great-grandnieces Tara, Samantha, and Emily, and other grand-nieces and nephews. Mrs. Breisacher was born in Camden in 1924 and graduated from Moorestown High School. Mr. Breisacher spotted the adorable Phyllis on a bus and corresponded with her during World War II from his Navy ships the USS Clark and the USS Oklahoma City. He must have written some pretty good letters, as they were married during a brief shore leave in 1942 and were reunited following the end of the war. They purchased a big old house on Scovel Avenue, and lived there for decades, filling it with kids, pets, friends, and lots of stuff. They were very active members in Temple Lutheran Church, where Phyllis sang in the choir for 75 years. She taught high school Sunday School for years with Bill, and was a devoted participant in many church activities. Phyllis bravely was a Cub Scout and Girl Scout leader for her kids, a devoted caregiver for her mother and a variety of aunts and stray cats, and a fantastic and loving mother and grandmother to her children and grandchildren. She enjoyed square dancing with Bill and their fun-loving friends, participating in the Mr. and Mrs. Club at church with a jolly group of friends known to their kids as The Jet Set, singing in the Sweet Adelines barbershop chorus, and making new friends later in life through the Merchantville Women's Club. When they passed away, Phyllis deeply missed her friends Lois, Helen, Dot, and Clara. She loved going to Ocean City with her family and seeing her children and grandchildren frolic in the waves. Phyllis was an exceptional example of kindness, patience, grace, and good humor, and will be deeply missed by her family. Due to the current need for social distancing in order to care for each other, services will be privately held on September 4th with her immediate family. Condolences can be shared on the Inglesby and Sons Funeral Home website, and will be gratefully read by the family. In lieu of flowers, the family respectfully suggests donations to the Homeward Bound Pet Adoption Center at homewardboundnj.org, 856-401-1300 ext. 115, or any animal-care facility of their choice.

The family of Phyllis J. Breisacher created this Life Tributes page to make it easy to share your memories.

Send flowers to the Breisacher family.