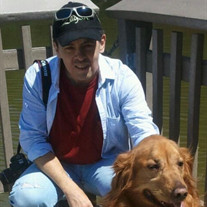 Joseph J. Passarelli , age 64, of Mount Laurel, passed away on May 20, 2020 at home surrounded by his loving family, after his courageous battle with cancer.. He was born in Mt. Holly, NJ. Joe was a talented drummer who played in multiple bands as well as played professionally for many years. An avid Philadelphia Flyers fan, he was an off ice official for the Philadelphia Phantoms as well as an ice hockey referee. Joe was employed as a Food Production Manager for Aramark and the Norristown School District for many years before becoming self employed as the former owner and chef of JP's Soup Ladle. He loved playing music, cycling, and was an advocate for all animals. Most of all, he adored spending time with his family; especially his grandchildren. Joe was one of a kind with an infectious smile and laugh. He was loved by so many and will be deeply missed and always remembered. Joe is predeceased by his parents, Pat (Guerrino) Passarelli and Zoe Lavonne Bennett and brother, Scott Cargill. He is survived by his beloved wife of 40 years, Patti Passarelli (nee Kreifels); sons, Phil Passarelli and his wife Johanna, and Patrick Passarelli; grandchildren, Nathan, Dominic, and Julianna; and many loving in laws, nieces, nephews, and dear friends. In lieu of flowers, memorial donations can be made to the ASPCA by visiting aspca.org. Relatives and friends are invited to attend a memorial gathering on Saturday, September 19, 2020 from 10am-12pm at Inglesby and Sons Funeral Home, located at 2426 Cove Rd., Pennsauken, NJ 08109. A memorial service will begin at 12pm at the funeral home. Inurnment will follow at Laurel Hill Cemetery in Burlington, NJ. During the current phase of reopening during the New Jersey State of Emergency the funeral home has a maximum capacity of 52 people at any time. Please be understanding of that restriction when coming to pay your respects to the Passarelli family. We respectfully ask that you limit the time spent in the funeral home to allow others to pay their respects.

Joseph J. Passarelli , age 64, of Mount Laurel, passed away on May 20, 2020 at home surrounded by his loving family, after his courageous battle with cancer.. He was born in Mt. Holly, NJ. Joe was a talented drummer who played in multiple bands... View Obituary & Service Information

The family of Joseph J. Passarelli created this Life Tributes page to make it easy to share your memories.