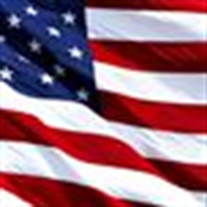 John P. McKee, affectionately known as Jack and Pop Pop to his grandchildren passed away on September 7, 2021. He was born in Philadelphia, PA. Jack proudly served in the US Air Force where he met and fell in love with the love of his life wife Helen Piefer. They were married for 55 years until her passing on April 17, 2014. He was an avid pilot and together they traveled to beautiful places. He also enjoyed riding his motorcycle and driving his 1937 Dodge coupe. He was a dedicated employee at Jersey Tempered Glass Co. in Mt. Laurel, where he worked as a maintenance supervisor for many years. A music lover, Jack played the guitar, ukulele, and banjo. He enjoyed an array of music, but country music was his favorite and Chet Atkins was his favorite artist. He was a member of the band the Bondsmen, among several other bands and played at several churches later on in life. He was also a member of the Philadelphia mummers string band. Jack loved animals and enjoyed bird watching and taking his four legged companion, "Jack," to the dog park. Most of all, he cherished spending time with his family. He will be deeply missed. Jack is predeceased by his beloved wife of 55 years, Helen I. McKee (Peifer) and mother, Anna Marie Vitale (Dignazio). He is survived by his daughters, Helen Rodgers (Stephan), Jacqueline Palmer (Ed), Patricia Palma (Anthony), and Pamela McKee (John Williams); grandchildren, Melissa, Stephanie, Vincent, Eddie, Danielle, Desirae, Gianna, Anthony, Jr., John (Erika), and Danielle; great grandchildren, Mia, Jonathan, Kamryn, Jace, and Vivian; sister, Anna Marie Thul (Ed); and many loving nieces and nephews. Relatives and friends are invited to attend his visitation on Monday, September 13, 2021 from 10am-12pm at Inglesby and Sons Funeral Home, located at 2426 Cove Rd., Pennsauken, NJ 08109. A funeral service will begin at 12pm at the funeral home. Jack will be laid to rest at Lakeview Memorial Park in Cinnaminson, NJ. In lieu of flowers, memorial donations can be made to St. Jude Children's Research Hospital by visiting stjude.org. To see Jack's tribute page, please visit inglesbyfuneralhome.com

John P. McKee, affectionately known as Jack and Pop Pop to his grandchildren passed away on September 7, 2021. He was born in Philadelphia, PA. Jack proudly served in the US Air Force where he met and fell in love with the love of his life... View Obituary & Service Information

The family of John "Jack" P. McKee created this Life Tributes page to make it easy to share your memories.

John P. McKee, affectionately known as Jack and Pop Pop to his...

Send flowers to the McKee family.