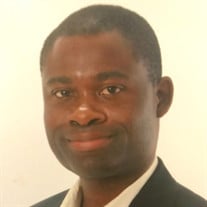 Gary A. Spence, age 47, of Camden, N.J. Passed away peacefully on December 10, 2018 surrounded by his loving family. Gary was born on September 23, 1971 in Montreal Canada. He was deemed the sweetest child from birth to his passing. The only problem Gary gave his parents was his refusal to eat baby food. Gary excelled through school as the teachers pet, not for being the brightest, but because of his punctuality and commitment to follow the rules. He set the standard for being a role model student. Gary graduated from Lindsay Place High School and then attended Concordia University, earning a degree in Political Science. After the completion of his B.S. Gary moved with his mother to New York City. In New York, Gary helped his mother with her store and earned a second degree in Computer Forensics from Chestnut Hill College. Shortly after receiving his second degree, Gary moved with his parents to Camden NJ, where he resided for the past 16 years. Although Gary worked at multiple places, his primary job was being a gracious caregiver to his loving parents. Gary valued his family more than anything else. Gary was an awesome son, loving brother, and supported his family with pride and joy. He leaves to mourn his mother and father, Autrey and Napthalie Spence; four brothers, Tony, Ted, David and Brian, one sister, Ann Marie, and a host of nieces, nephews, aunts, uncles, and cousins. Relatives and friends are invited to attend his visitation on December 22, 2018 from 9am-11am at Kaign Avenue Baptist Church located at 831 Kaighn Ave., Camden, NJ 08103. A funeral ceremony will begin at 11am at the church. Interment will follow at Harleigh Cemetery in Camden, NJ.

Gary A. Spence, age 47, of Camden, N.J. Passed away peacefully on December 10, 2018 surrounded by his loving family. Gary was born on September 23, 1971 in Montreal Canada. He was deemed the sweetest child from birth to his passing. The only... View Obituary & Service Information

The family of Gary A. Spence created this Life Tributes page to make it easy to share your memories.

Send flowers to the Spence family.