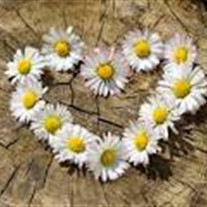 Carolyn Scheflen passed away peacefully at age 93 in Samaritan Hospice on December 6th, surrounded by loved ones including her children, grandchildren and great grandchildren, some of whom came from as far away as Virginia, Rhode Island and California to be with her at the end. Carolyn is predeceased by her husband Charles and siblings Helen, Annelle (Nell) and Emory (Buddy). She is survived by her three children: Kenneth Scheflen (Cathy) of North Carolina, Barbara Frantz (Ray) of Audubon and Richard Scheflen (Linda) of Moorestown, as well as her loving sister, Barbara, and youngest brother, Herb. One of five children born to Emory and Flaudie Smith in rural Pembroke, Georgia, Carolyn was the only one of her siblings to make her home in the "Nawth." She met her husband to be in Newport News, Virginia, where she attended USO events and danced with servicemen from around the country. After marrying, she and Charlie made their home in Pennsauken, NJ, where Carolyn continued to live independently after his death in 1992. When her children were grown, Carolyn returned to the workplace, serving as the receptionist for dentists Dick and Bob Alber in Pennsauken. When their practice was acquired by John Bailey, DDS, she stayed on in her position, working until age 85. She had a photographic memory of patients and their extended families, a repository of knowledge she never lost. Over the years there, she made the transition from written scheduling and billing, to computerized record keeping. Though Carolyn's vision was greatly impaired in her later years, she continued to explore and learn, using a magnifying glass to research flowering plants or study a recipe in Southern Living. She rarely missed an episode of Jeopardy, and never failed to feed the stray cat, Stripey, who visited her porch every day. Carolyn was beloved by her grand children, Jennifer, Katy, Betsy, Caroline, Abbey, Jackie, Tristan and Courtney, as well as by her fifteen great grandchildren. She remained close to her former daughter-in-law, Marge Scheflen, who was among those at her bedside when she passed away. Carolyn was a truly unique person - strong and independent - a wonderful storyteller with a great sense of humor - and a woman who stayed true to her beliefs as the world changed around her. Her loved ones were pleased that she did not suffer at the end and passed on to the next life with peace and dignity. We will miss her. Services have been entrusted to Inglesby and Sons Funeral Home and will be held privately at the convenience of the family. We invite you to post a photo, share a memory or send an online condolence via this website.

Carolyn Scheflen passed away peacefully at age 93 in Samaritan Hospice on December 6th, surrounded by loved ones including her children, grandchildren and great grandchildren, some of whom came from as far away as Virginia, Rhode Island and... View Obituary & Service Information

The family of Carolyn S. Scheflen created this Life Tributes page to make it easy to share your memories.

Carolyn Scheflen passed away peacefully at age 93 in Samaritan...

Send flowers to the Scheflen family.