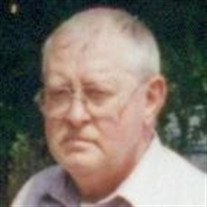 Arthur D. Johnson, age 82, of Pennsauken, passed away peacefully on Thursday, January 14, 2016 surrounded by his family. He was born to the late Odell and Thelma Johnson in Lockport, NY. Arthur attended West Point Officer Candidate School. He was a retired Major who served proudly 23 years in the United States Army. Arthur was previously employed at Boeing as a draftsman, Thomas Jefferson University Hospital as a project manager, and Pennsauken Township as a construction official and code enforcement. He was a long time member of the American Legion. Arthur was an avid coin collector and enjoyed telling jokes. He was a fan of the Buffalo Sabres and Bills. Arthur will be truly missed by his family and friends. He is survived by his beloved wife of 46 years, Marie Johnson (nee Adams); sons, David Johnson and his wife Cindy, Kevin Johnson and his partner Kim, Matt Johnson and his wife Tammy, and Brian Johnson and his partner Silvanna; grandchildren, Jason, Lacy, Nick, Alexis, Melissa, Diana, Owen, Riley, Gavin, and Reece; and 3 great grandchildren. Relatives and friends are invited to attend his visitation on Friday, January 22, 2016 from 9:30am to 11:30am at Inglesby & Sons Funeral Home, located at 2426 Cove Rd., Pennsauken, NJ 08109. A funeral service will be held at 11:30am at the funeral home. Arthur will be laid to rest at Brigadier General William C. Doyle Veterans Cemetery in Wrightstown. To post photos, share a memory, or send an online condolence, please visit www.inglesbyfuneralhome.com.

The family of Arthur D. Johnson created this Life Tributes page to make it easy to share your memories.

Send flowers to the Johnson family.